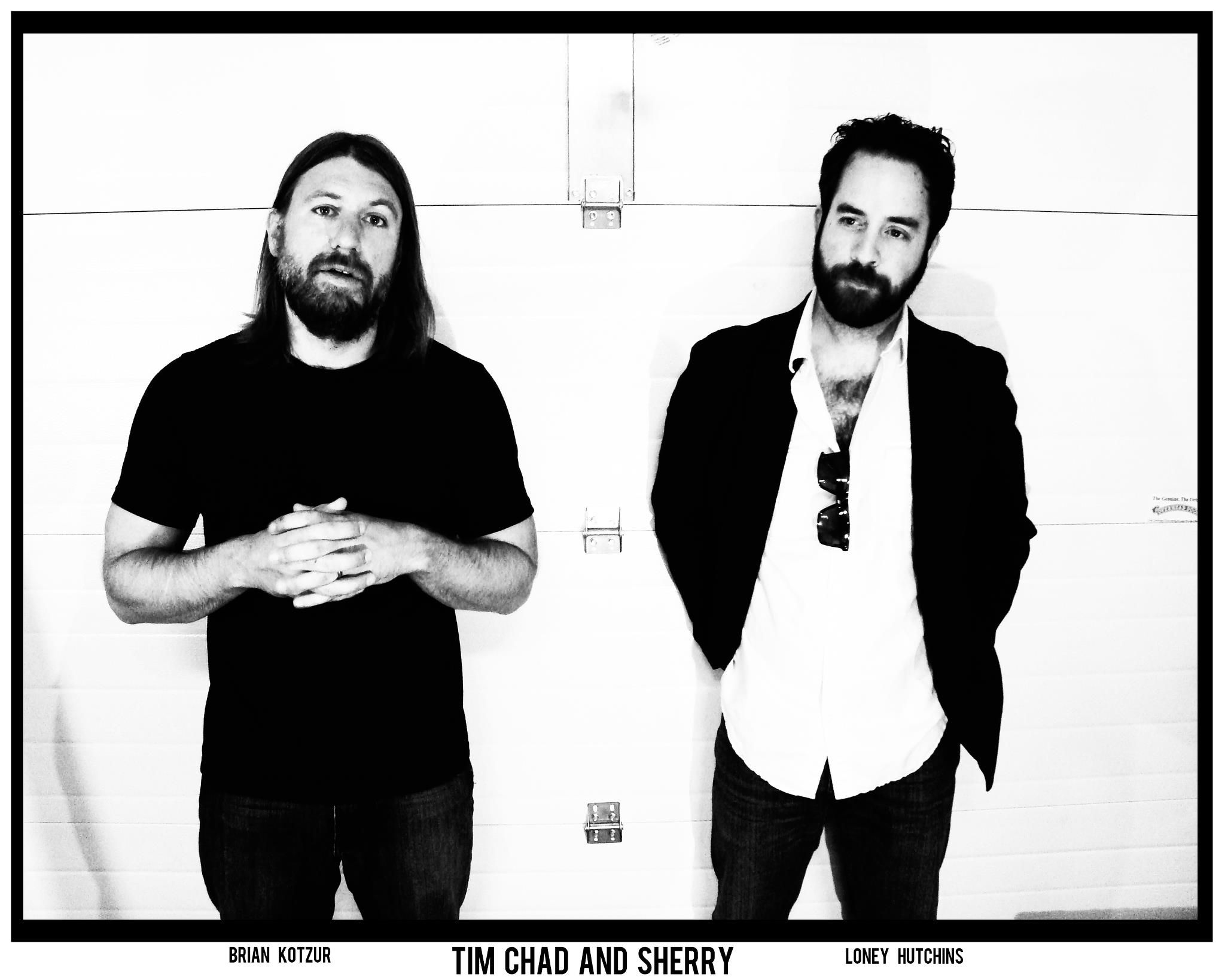 In the mid '00s, amongst the strip bars and warehouses of pre convention center South Nashville, Tim Chad and Sherry performed a now legendary set of original dance music and choice covers at Shirley Street, invoking famous drummer/singer songwriters of an era gone by- when song, word, rhythmic vision, and studio magic were all steered by the kick pedal of the artist's heart, when big labels rewarded butt shaking results but also understood the distinct voice of a sensitive soldier of motion. The success of this concert lead to Tim Chad and Sherry's inevitable employment by two time, world touring, Silver Jews band. Already boasting musicians working with projects as diverse as Candi Staton, Tomahawk, Crooked Fingers, Will Oldham, Charlie Louvin, Lambchop and many more, these world tours lead to TC&S's broader exposure, and the release of the group's eponymous debut EP by Joo's tour manager and Pavement percussionist, hype man, Bob Nastanovich. The ep was followed in 2010 by Baby We Can Work It Out, released on Cleft and reconfigured as a UK release with a handful of DJ remixes on TIRK records in 2013. Tim Chad and Sherry have made appearances at All Tomorrow's Parties and performed live on the Marc Riley show, BBC6.

Baby We Can Work It Out

Cleft Music is proud to offer this first pressing of Tim Chad and Sherry's super tight and DANCEY studio debut, Baby We Can Work It Out, on cd and delicious 150gram vinyl! When local group Silver Jews "buried the band", drummer Brian Kotzur decided to take T.C.&S to a new level. Inspired by previous d.i.y. releases, the band revisits familiar favorites LIVE like "The Love I Make" and "Rocket Tonight" while exploring more electronic territory with "Come On Down" and "Love On the Dance Floor." This album is instant party. Check out what the Nashville Scene had to say this spring in a preview of the record!